Hello readers! This short story was written for my writing podcast, “SuggeStory.” The general premise is this: listeners & readers submit a sentence. I have to use that sentence as the first sentence in a story that I write. On the podcast, I explain my writing process and the creative decisions I made (and also chose not to make) along the way. Then, I read the story!

People can also submit their own stories to the podcast, and at my discretion I read some of them on the show. The deadline for your story to be included in the June 29 episode is June 26. The sentence that must begin your story is:

I don’t think I can eat any more of these today.

Submissions for first sentences & stories go to SuggeStoryPodcast@gmail.com. Please specify in the email how you’d like to be credited if I read your story.

Starting with this post, I will also be releasing the stories from previous episodes on this blog! The story that follows after the jump is from Episode 6, dated June 15. The submitted sentence was, “My eight enemies flee; my eight allies grow!” 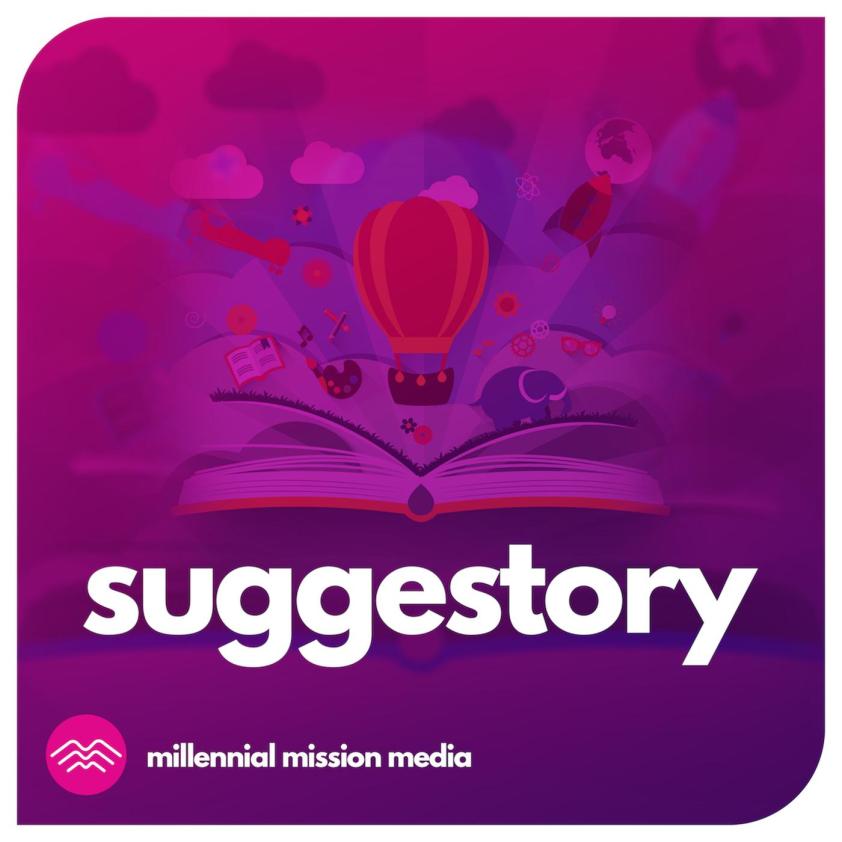 “My eight enemies flee, my eight allies grow!” Gorbanok shouted to the cheering crowd. And, indeed, that’s what was happening. The armies of Gorbanok’s eight enemies had turned tail under the might of their invading forces. It hadn’t been a long battle, especially since Gorbanok had analyzed their opponent’s weaknesses and built an ally for each one of them. These “allies” Gorbanok shouted so proudly about stood behind them as they continued the victory speech.

“Each one of them was designed to counter the strengths and exploit the weaknesses of each of the eight rulers of this realm. As you have all seen, they have all performed above and beyond the call of duty!” The screams and cheers grew in volume, which only served to stroke Gorbanok’s ego. They grinned at the crowd, knowing full well that they had them in the palm of their hand.

The Kssptay race was a simple one—loving only themselves, and wishing for nothing less than the complete and utter annihilation of every other form of life on the planet. They were not a highly technologically advanced species, but had done an excellent job of wiping out every other type of living creature on the planet and were more or less living in harmony. It was only when Gorbanok arrived that the Kssptay learned they were not alone in the universe. This infuriated them, as they realized that there were millions of other species, out there right now, existing. The thought drove them into a murderous frenzy.

Gorbanok was a shape-shifter, who upon landing on Kssptania, changed their form to assimilate to that of the Kssptay. They learned their ways and slowly sowed the seeds of discord between the eight planetary rulers. They spoke of the luxuries of other species, how creatures like the Mobobumos often ate creatures that looked like the Kssptay for breakfast, and how Homo Sapiens would kill one on sight. Gorbanok was brilliant, and wished only to find an army that they could use to dominate their true enemies. This entire war was a front, but it did bring them joy.

The eight rulers on Kssptania had been unable to decide who should lead the army off planet to begin dominating other worlds. Gorbanok had volunteered to take the lead, but seeing as they were a new arrival on the planet, the leaders had laughed in their face. Gorbanok would have the final laugh, especially now, as they gave the speech to end all speeches, and spoke the words that would unite an entire planet to their cause.

What Gorbanok didn’t know, however, was that their allies had not been pleased with how their existence had been utilized. The allies wanted freedom. Freedom from Gorbanok, freedom from the Kssptay, and freedom from the cycle of violence. During the big victory commencement speech, the allies communicated with one another mentally, plotting their escape.

Step one was killing Gorbanok. Step two was taking their ship and getting off this planet before the Kssptay worked together to destroy them. They knew that although they had been built as the ultimate weapons of war, they would be no match against a blood-thirsty mob.

And so, the story goes, that Gorbanok gave the greatest victory speech of all time. They spoke of power, dominance, destruction, chaos, victory, & bloodshed, and with each word, the Kssptay fell further into madness. They roared, they cheered, they howled, and every living being on the surface of Kssptania heard the sound of stomping warboots.

At the end, or very near to it, all eight of the allies’ faces started glowing. The crowd, at first, hardly noticed, but once one of them did, the crowd fell silent in a matter of seconds. The cheers and screams of victory morphed into shouts of fear and worry, as the Kssptay considered the irreversible loss of their newly selected leader.

Eight bolts of red light struck Gorbanok simultaneously. When they did, Gorbanok was unable to maintain their form. Their eight sharp limbs retreated into their body, their head expanded massively, eyeballs disappearing, ears sprouting largely out of the top of their head. The Kssptay looked on in horror as they realized how they had been deceived—Gorbanok was not one of them at all. Gorbanok was another species altogether. As soon as they realized this, they cheered again, louder than before. They hardly seemed to notice as the allies turned and flew away, presumably to Gorbanok’s ship, which was never seen again.

Within the next few days, everything returned to normal on Kssptay. Within three generations, everyone had forgotten the dreams of leaving the planet to conquer the universe, and returned to being proud of exactly what they were—the only living species on their planet.

This post is an announcement / landing spot for anyone in the future who may want to know what SuggeStory is and how to play along.

SuggeStory is my writing podcast. The general premise is simple: every week, I pick a sentence submitted by a friend and/or listener. That sentence *must* serve as the first sentence of a story that I write. On the podcast, I talk you through my creative process. I explain what information the sentence gave me and what that sparked in my head in terms of character or story structure. I talk you through the potential stories that I chose not to right, and eventually how I landed on the story that I wrote.

Then I read you the story.

Simple, right? But wait, there’s more! My friend Nate Petersen (he has a podcast as well, called FRUK Unwrapped! It’s a food review show [FRUK stands for “Food Review U.K.] and it’s very enjoyable) SuggeStoried that I also allow listeners to submit stories, and at my discretion, I could read some of those stories on the show. So that’s a part of the show, now, too!

Episodes release every Saturday. For the episode being released this coming Saturday, June 29th, the stories are due 11:59pm on Wednesday, June 26th in the Los Angeles time zone! Submit your stories to SuggeStoryPodcast@gmail.com.

The sentence that *must* start your story is, “I don’t think I can eat any more of these today.”

I hope you enjoy this writing experiment. I always find that it gets my creative juices flowing.

OR on Stitcher, Spotify, iTunes, Google Play, or Apple Podcasts!

PS! Future editions of this blog will feature the written version of each SuggeStory that I’ve written, but without my explanation of the writing process. Gotta listen to get the good stuff!